BC Editions is the upcoming reincarnation of the Beyond Criticism book series, originally published by Bloomsbury and now by Boiler House Press. The series explores the radical new forms that literary criticism might take in the 21st century.

The series will launch in 2021 with a set of three new books – by Steve Hanson, Robert Crawford and Ansgar Allen – together with a new edition of the brilliant and now out-of-print Macbeth, Macbeth by Ewan Fernie and Simon Palfrey. 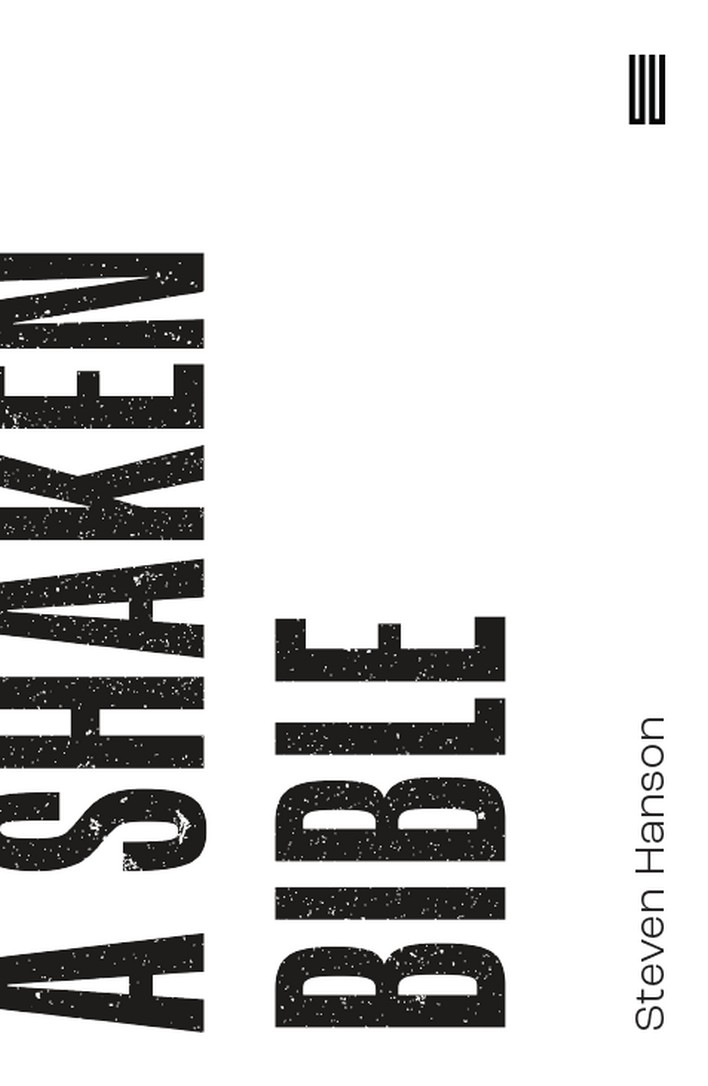 ‘We wait for lite, but behold obscurity, look for britenes, but we walk in darknes.’ A tapestry of quotations from the King James Bible, William Blake, Gilgamesh and the works of seventeenth century Ranter Abiezer Cobbe interwoven and translated into Yorkshire dialect, A Shaken Bible revives familiar passages by setting them in playful dialogue with each other. It demonstrates how the scriptures are the fragmented collages they always were and collapses the Alpha and Omega into a Bible of what Gillian Rose termed the ‘broken middle’. Steven Hanson defies academic and theological traditions while retaining a strong core of theory, creating a unique blend of classics, criticism, and creative writing.

'... a feast of rich, re-worked, largely seventeenth century English. One might enjoy it simply for the sheer surface sumptuousness of the language, to be dipped into... In its curious, eloquently frustrating, and uncanny way I guess that, to those who have ears to hear, it speaks significant truth.'
Canon Emeritus, Andrew Shanks

The tragedy is done, the tyrant Macbeth dead. The time is free. But for how long? As Macduff pursues dreams of national revival, smaller lives are seeding. In the ruins of Dunsinane, the Porter tries to keep his three young boys safe from the nightmare of history. In a nunnery deep in Birnam Wood, a girl attempts to forget what she lost in war. Flitting between them, a tortured clairvoyant trembles with the knowledge of what's to come.

A collaboration between two of the world's most eminent Shakespeare scholars, "Macbeth, Macbeth" is a unique mix of creative fiction and literary criticism that charts a new way of doing both, sparking a whole new world from the embers of Shakespeare's original tragedy. ”Macbeth, Macbeth” weaves a thread that enrichens the original classic with the manic energy of Tristram Shandy, the grim intensity of Crime and Punishment, and the existential absurdity of Waiting for Godot.

‘Shakespeare, I suspect, would have been delighted.’
Don Paterson, poet 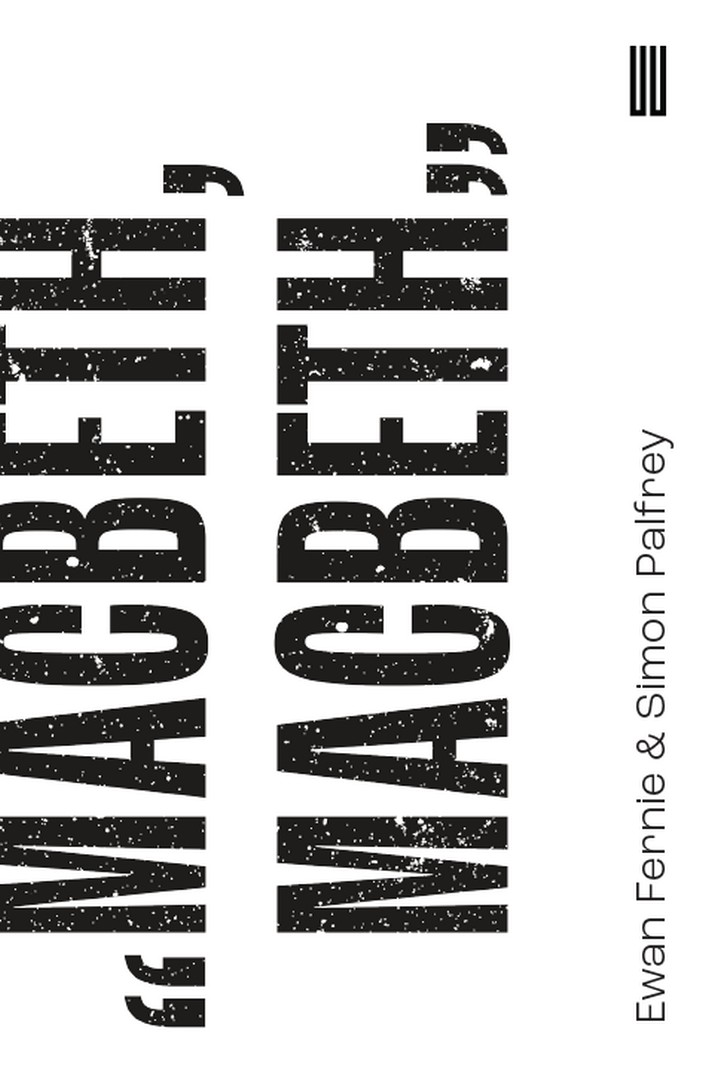 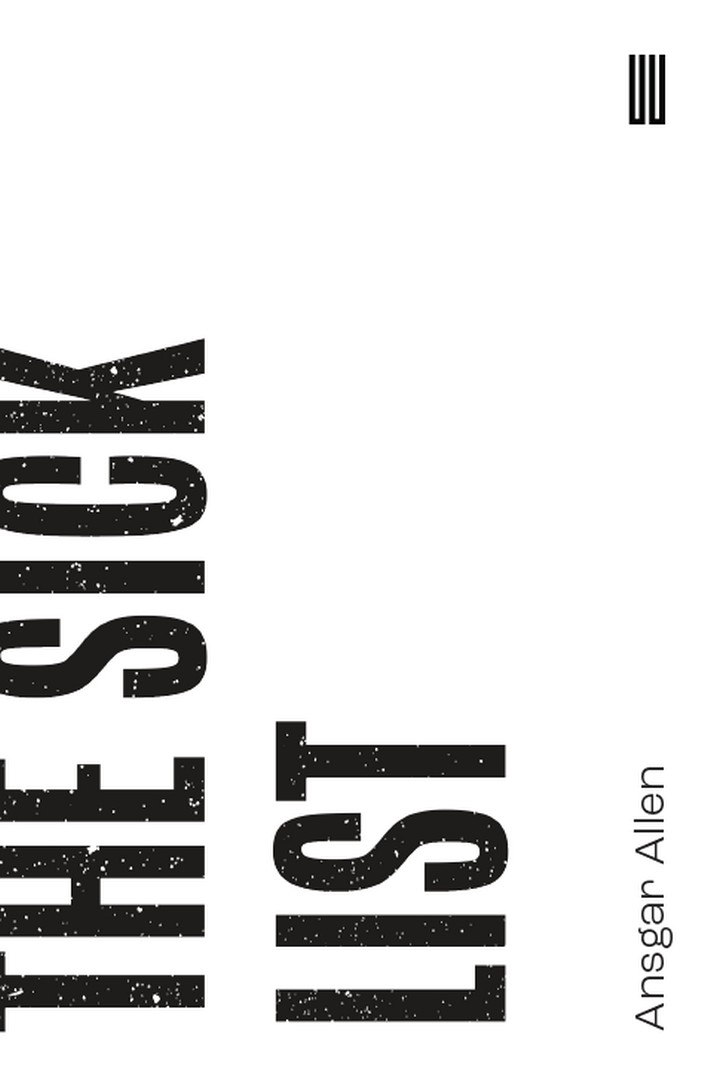 'The Sick List operates on the far side of literature.'
John Schad

In this novel, an unnamed academic in an unnamed contemporary university, relates his obsession with his tutor, Gordon. He pores over the increasingly bizarre mis-readings in Gordon’s annotations in a strange selection of stolen library books. Is Gordon unraveling a mystery? Or is his own mind unraveling? Meanwhile, an epidemic of catatonia breaks out; academics are found slumped and unconscious at their desks. Is reading itself the cause of this sickness? Is the only escape to return to illiteracy?

Witty, moving, and beautifully written, The Sick List plays with the dividing line between deploring and exemplifying what it most despises. Inspired by the work of the Austrian novelist Thomas Bernhard, it considers how the minds of educated people are moulded by both the breadth of literary culture and the narrowness of academic institutions.

‘The Sick List is about menace, about a menace (Gordon), and is written in the voice of a menace. It reads like one of the pen-portraits of surreal ultra-violence in Bernhard's Gargoyles, where education turns out to be the most deceitful panacea of all.’
Katharine Craik

'Absolutely the most important book of our era.'
Virginia Wool

Textual Non Sense is mischievous, minimalist, and revolutionary: a short fuse intended to spark a fundamental re-thinking of how we engage with notions of canon. Classic texts are mangled, quotes are mis-attributed, and great authors are misidentified as Robert Crawford brings literature and chaos theory together in a romance made on Tinder. William Shakespeare of the School of Literature and Bookmaking introduces a survey of writers' struggles. John Buchan provides his guide to writing a best-seller (blotting paper plays a key role). Professor Mike Foucault employs Big Data to investigate the new discipline, ‘Creaticism', or 'Critive Writing.'

Humour and literary criticism tend to go together like apples and arsenic. Textual Non Sense argues that humour is an essential corrective--a missing ingredient to a cure for the arthritis and calcification of academic literary criticism.

‘I just can’t wait for the American edition!’
Emily Dickinson 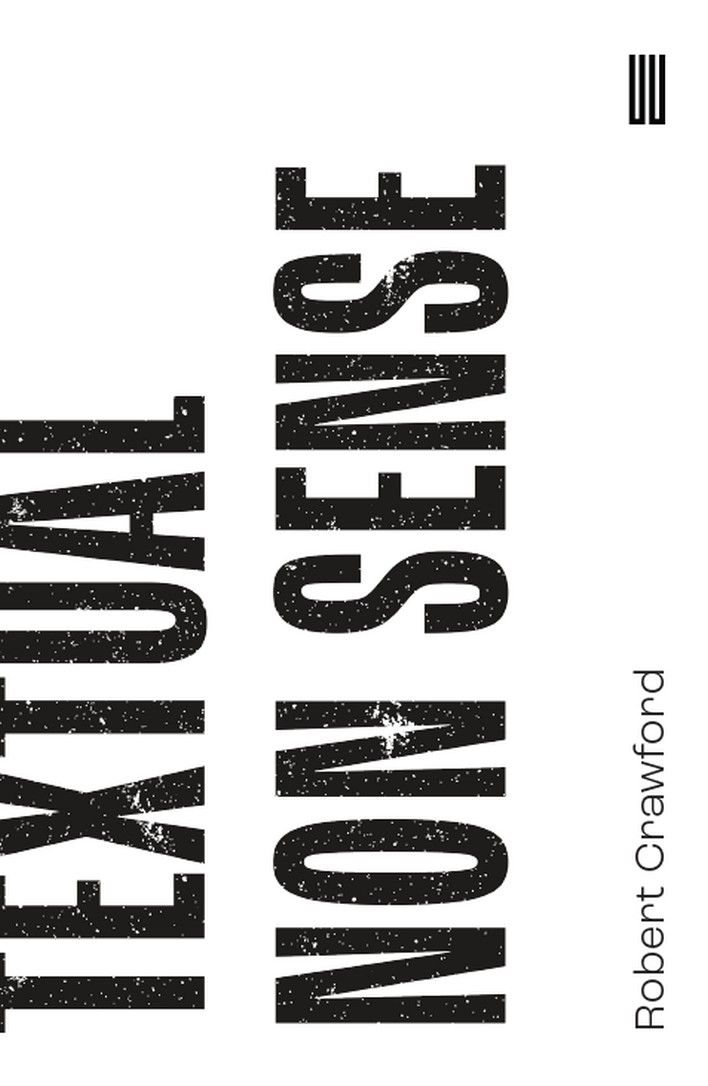 Desire: a memoir is the radical autobiography of Jonathan Dollimore, probably the most important and controversial writer on literature, sex, and masculinity of the last thirty years. Here he explores the darkness and dangers of his own past, dominated by the twin sirens of sexual transgression and death. The book is remarkable for its candour, unguardedness, and tenderness, a true act of critical self-accounting. Desire explores what it might be, what it might take, to construct an ethics, to make or to unmake a life, truly faithful to the implications of sexual desire.

Orpheus and Eurydice (OE), by artist Tom de Freston and award-winning poet and novelist Kiran Millwood-Hargreave, is another unique collaboration, creating another uniquely hybrid work. This is no ordinary graphic fiction, in which a story is told through generic cartoons and simple narrative stubs. De Freston’s dizzying, multiform pictures refract the story of Orpheus’s search through the underworld for his beloved Eurydice, spoken through the discovered traces of Millwood-Hargreave’s plaintive, sensuous poems. OE is as much a quest between artforms as it is a quest of love.

Character as Form is an extended meditation on fictional lives by the Californian poet, critic and aphorist Aaron Kunin. His questions go right to the heart of modern living. He explores what it means to be a character, and whether individuality as commonly understood is possible or even desirable. This is criticism as a sustained act of comedy – not simply because the writing is witty but because it is radically ironic, offered as possible thoughts to which Kunin does not require or even expect assent. Kunin posits things way beyond our culture’s unthinking conformities and pieties. Perhaps the most startling thought of all is that literature, with its devotion to types rather than individuals as the model of the human, might just be true.

The Winnowing Fan is what happens when the eminent philosopher Christopher Norris takes to thinking in verse, and indeed in rhyme.   Here then is a series of verse-essays on a host of canonical philosophical concerns: truth, death, desire, symmetry, love, beauty, and on and on.  Along the way we meet or pass a host of giants from European poetic history - from Homer through the work of French symbolists such as Mallarmé to moderns such as Yeats, Benjamin, Heaney, Larkin, and Barthes.  And then there are the philosophers, about whom, with whom, and indeed to whom, Norris writes: Hume, Leibniz, Heidegger, Althusser, Derrida, de Man, Rorty, Deleuze, Badiou and Agamben.  Both thought and criticism here finally return to the strange ways of verse.

Ceaseless Music summons into presence the five-part version of The Prelude left incomplete when Wordsworth died.  For acclaimed poet-critic Steven Matthews, confronting this ‘shadow’ Prelude involves retracing the unfinished lives we ourselves once led, but have left behind. In a series of original poems interspersed with prose meditations, Ceaseless Music shows what happens when vivid encounters with literature erupt into real life, and vice versa. If revisiting The Prelude involves listening intently for the ‘ceaseless music’ of the River Derwent which ran behind Wordsworth’s childhood home in Cockermouth, it also means revisiting a working-class boy’s memories of gunmen in the woods near his Colchester home during the Irish troubles. In this tender and disturbing book, poetry stands for death withheld - for now.

This site is a work in progress. If you have feedback on the look or design of the site, please get in touch here.